This was an INTENSELY informative tour!!! Margaret, the guide, was AMAZINGLY knowledgeable in history, the Buckingham Palace schedule and royal news (lol).

I was gobsmacked with information; in a good way. She knew the history so well. It was absolutely fascinating. It was definitely a 2 hours session well spent.

The tour started outside the Green Park station – 10h30.

As you can see, it was a true London experience. Was blessed with the classic English weather… drizzly / rain a bit in between.

Margaret introduced herself a bit and then the fun history stories began. We walked through the park towards the Buckingham Palace. We were on the Constitution road side. Apparently, ‘constitution’ was referring to the human body. The road was named such because walk was recommended back in the old days; ‘good for your constitution’.

As she energetically tell us about the why & how story behind the Buckingham Palace (+ various interesting facts), we heard horses…

This was the Calvary team. Apparently, they do this everyday at correction 10h40. These were real soldiers and not just for show. As they strut passed the palace, they all turned their face towards the palace to show respect to the Queen. It was all very symbolic, really.

How to tell if Her Majesty the Queen was in the house? The flag above the building will tell you.

Unfortunately due to some nut jobs had a plot to kill Her Majesty at some stage, the royal guards were no longer available to be ‘played’ around with.

Interesting facts about the royal guards:

Anyways, moving along, we went to the side house where the Crown Prince (Prince Charles & Camilla) lives. Doesn’t look that interesting for a building, but Margaret had quite a few thrilling details to share.

Up next was St James Palace, not well known. This was not opened to the public. It was pretty much where people had to be prep before seeing Her Majesty.

I can’t remember all the bits that she told us. Anyways, here are the balance of the photos from the tour. I normally do write these things down, but it was drizzling all over the show and I couldn’t >_< very painful.

Was quite lucky, when we reach the Big Ben, there was a strike. So this was TRULY a comprehensive London tour 😀

My guide was: Margaret 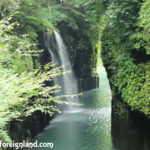 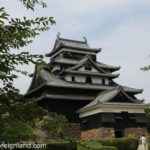