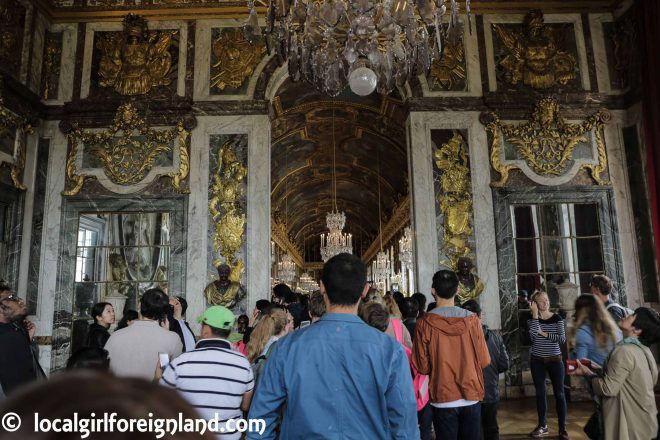 Looking for a big castle near Paris ? This is a quick day trip. I’m sharing pretty much what to expect, where the quieter ladies toilets are and less of “how beautiful” the place is. Don’t get me wrong, Versailles palace is a statement piece of French opulence.

It is the world largest royal domain. The palace ground is a staggering 8,150,265 sqm and the building has 67,002 sqm of floor space. UNESCO site. Many furniture and tapestry have been destroyed in a fire during the French Revolution. This was the queue into the palace at 9h30 (gates open at 9h00). The queue was matching to the grandeur of the palace 😛

Be prepared to queue from the beginning to the end. Queue to get ticket, gigantic queue to get in, queue to get the audio guide, queue to move to the next room, queue to buy food/drink… You get the idea, right? If you want to skip the queue for entering the castle, get yourself the annual card. At the entrance of the castle, there’s the bag scanner and security gates like in the airport. Jackets get scanned as well. Most tour take their group photos here. No idea why.

Asap into the castle, I entered into another queue for the audio guide. Loads of languages to choose from. Although the queue looked scary, it was a fast moving queue. About the audio guide, here was what I found: This area was blocked off. That’s why it’s a clean shot.

Louis XIV was the man behind this colossal of a castle. Although it was actually Louis XIII that kick started the place. It was initially just a hunting lodge when he first commissioned it back 1624. Louis XIV later decided that Louvre was not good enough any more, so he moved to Versaille and started to build the home of his dreams. Let’s check out what he did with this hunting lodge… The royal chapel. This area was blocked off too. “Clean shot” spot. The Hall of Mirrors must be one of the most famous room from the palace. This is how Palace of Versailles is advertised. Photo from Versaille tourism site. Original source: versailles-tourisme.com This “hunting lodge” clearly became an enormous gild galore under him. Louis XIV just kept on developing it. He added opera house, tons of rooms… just more more more. He clearly meant business when he expressed that he wanted a decorated castle. To label the castle’s decoration as elaborate is an under statement. This was King Louis XVIV’s bedroom. Louis XIV & Marie Antoinette had their meals in public… as in there will be people watching them eat and comment on their manner, meal, outfit and whatever.

O, like to mention that I’ve experienced an “episode”. The lady at the exit told me not to be rude and asked if could I not see that she was talking to someone else. What she failed to realise was:

(B) Walking pass her did not translate to initiating a conversation.

(C) Did I mention that she was working at the exit? Assuming people that walked pass her was trying to get her attention for some conversation must be really intense.

Conclusion: I must have been so rude to have walked pass the exit without saying hi. LOL After passing the “lovely” castle exit lady, one will find some peace and calmness in the garden. *separate entrance fee, unless you have the annual card / combo ticket. The landscape was gorgeous and immaculately maintained. Not sure why they chose to “hype” up their musical fountain. It’s really not that exciting or impressive. Their garden itself was way more captivating than their “musical fountain”. I maybe the odd person though. There was classical music… but hey, I was totally underwhelmed. My personal highlight was definitely the boat rental. Such a lovely way to end the day! You know, take a stroll in the royal garden and “sail into the sunset”. I just loved it! Row a boat on The Grand Canal. This was our lovely volunteer 😉 he row like a pro

If still feeling strong, can hop over to estate Trianon aka pink marble mini-palace. Please note that this is ONLY opened in the afternoon (after 12h00). It’s a 30-40min walk? I cannot verify the fastest walking time, I was too busy taking photos like a tourist. The official site says 30min walk, but hey, who knows how they came up with that timing 😛 There’s mini-train / vehicle that heads that way too. Walking is fine. **again, separate entrance fee unless you have the annual card / combo ticket

This post is getting a bit long. I’ll do a post on Trianon estate separately 😉 O, and we haven’t even got to talk about Marie Antoinette’s little farm girl dream house.

I am really fond of the Palace of Versailles. There’s just so many interesting things to see and do.

Château de Versailles is NOT in Paris. It is situated in zone 4. Good news is that it is covered by the navigo card unlimited travel plan. From central Paris, it takes anything between 1 hours to 90min train time to get there. Plan ahead is essential.

Train is the way to go and believe me… the train station (not the metro) is complicated like the French language itself LOL 😛 Okay, it is not so bad, just need to be more careful than when you’re going on a metro. Please note that for under 26 free entry (EU resident) only applies to the castle itself. For the garden and the “farm house” (estate Trianon), it’s a separate charge (each). Visit their official site for price / combo ticket information.

Camera: Canon 5D mark 3 *I felt a bit pointless to use DSLR for this post. After compression so much detail was lost. 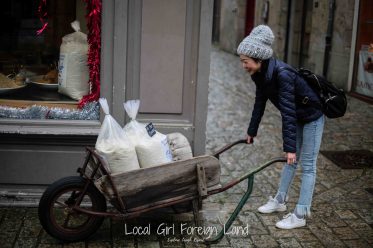 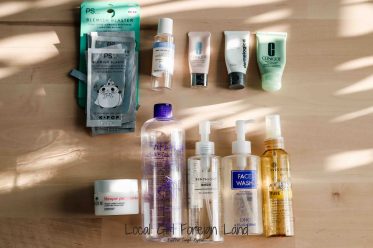