Baiyun Mountain literal translation: White Cloud Mountain. Its name was derived from the GORGEOUS ‘sea of clouds’ as viewed from the summit.

This was a 100% tar road hike. Nothing wild. In fact, it was so chilled that I spotted some girls doing it on HEELS… yup, I have photo to proof that too. Anyhow, it was a nice ‘get away’ from the bustling Guangzhou city.

Before the ascend, there’s a plaza. It was TOTALLY happening. There were groups of people dancing, taichi and chess. Everything was happening.

Approaching the entrance, it look very organised… but in a touristy way. There’s actually a caddie AND cable car option with this hike. Yup, the municipality was superbly considerate. I hiked on foot though.

The nicest thing about this was that they added Chinese elements to it. The rest stops were armed with Chinese styled roof and benches, plus there’s resting stop every 700m or so? Perfect for a quick snack or drink.

Blog worthy photo? Well, I just need to remove the tar road or the tiled stairs, right? 😛 That’s not what my blog is about though.

Further more to my riveting hike, there was a McDonald half way up the mountain. This was just about the ‘healthiest’ hike yet. Okay, barring my food hike in Hong Kong LOL

All sort of oomph was added to the mountain, bringing a whole new dimension to ‘no expense spared.

No hunger strike up here. They sold egg tart further up into the mountain. At least was an Asian pastry. I was half expecting KFC by now.

Going up the summit. Er… for some odd and unknown reason, there’s a toll gate? Need to pay to go up. Seriously? Weirdness.

Tadum! After all that ‘hike’, we’ve finally reached the entrance to the summit. Please pay attention to the lady in the green shorts. Yup, she did this WHOLE hike on her heels. Nope, she did NOT take the caddie. I saw her walking on my way up. R-E-S-P-E-C-T!!!

On the descend, I got way too lazy, so I took the cable car 😛

My brother treated me to this delight.. when it was 35 degrees celcius. That was in November. There’s certainly no winter happening there. 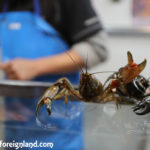 Where I shop in Melbourne? 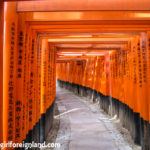