This was my first time SCUBA diving. Soooo totally excited. This post is all about my experience with Compass Cruises (budget reef tour).

The day was young 6h30 and I was totally psyched! A cheerful shuttle came and picked me up.

Got dropped off by the pier at around 7h18. Plenty of time to do some touristy photos around the pier. The cruise was scheduled to depart at 8h00.

There were lots of cruises by the pier. I got lost promptly. Landed up asking other cruise crew for directions.

Asap boarding the cruise, there’s a piece of paper to be signed. Basically, any passenger needed to declare whether they had certain illness and that the cruise will not be held responsible. Emergency contact was of course a must as well. The interesting part is that there was a yellow sticker with one’s ‘safety number’. If I’ve not paid any attention to it, I would totally not remember this. It turned out to be a pretty important thing to remember. The crew members did headcount with this. Mine was #60.

It was a windy day. Better safe than sorry, so I bought some pills on board. It was AUD3 (I think). Worked like a charm! I didn’t feel sick at all. The only down side was that it made me a bit sleepy. Some people were ‘dying’ and throwing up. Sailed for about 2 hours before our first stop.

The chef on board was cooking away when we all went into the water.

At first, a crew member advised that I’m not fit to do SCUBA. I was like, WHAT?!?!? I maybe small, but I could swim in the pool 5km easily. “WHY was I not fit enough?” I asked him again. He advised that diving was a different sport. Luckily I persisted and asked again to dive.

For my first dive, the instructor did not let me take my own camera. I just bought the camera specially for this trip! I was quite pissed. His reason was because my camera only had 10m depth and that I cannot fasten the camera to my arm. Hello?!? We were only diving like less than 8m. I was SOOOOO annoyed.

Before the dive, we had to learn several hand signs. It’s not so easy to talk / hear underwater. So sign language was the way to go. The most important thing to remember was that the instructor is the boss LOL

The belt that I was given was 20kg and the tank of air/oxygen was another 20kg. Safe to say that I was unable to move my 42kg self. They had to ‘kick’ me into the water LOL

Upon seeing Nemo, everything felt great. I was sooo excited that I almost touched it! Mega bad idea LOL apparently it stings like hell. The dive was only 10min? But it felt sooooo amazing. It was like discovering a new world! If only can stay in for longer!

Snorkeling was for free 😀 So after the dive, I did some snorkeling. I must say, I was not loving snorkeling. It felt very awkward? Don’t get me wrong, could see a lot snorkeling as well, but just didn’t feel as close to the corals.

After that, it was time for lunch. That was a BIG lunch. I must say, for a budget tourist like me, it was a feast! Burger patty + BBQ sausage, bread rolls and a bunch of salads.

Burp~~~ later was time for the second dive… and this time I was allowed to bring my camera!!!! 😀 Soooooo happy at this point.

I couldn’t control my movements properly in the water at all. Now and then I felt worried that I’ll fall into the corals (damage it) or something.

Although I didn’t meet Dude Crush or other big fish like reef sharks, it was such a wonderful experience!!! So much to see!!!

Wrapping up the trip and before handing us the feedback forms… the crew fed us wine and cheese LOL Such a genius move.

The crew has been the most kind and took some photos for me.

Returned to shore at around 16h50 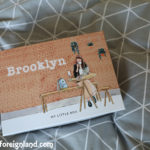 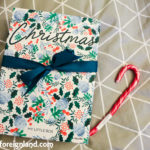