Guest post day! I am soooo excited to introduce you all to Stashy from Stash Matters! Stashy is a meticulous beauty blogger with a gigantic stash; brands from all over the world. Back in July, we decided to do a collaboration / guest post thing together. And here we are! The beauty blogger does a travel post and the travel blogger does a makeup post 😀 For this guest post, in her own words… Ephesus, Turkey
We had booked our cruise back in June and selected the ports primarily based around being able to visit Dubrovnik, Croatia and somewhere in Turkey.  This was all before the attempted Turkish military coup d’état in mid-July.  We were unsure if our ship would bypass this port when we boarded the ship in mid-September. Thankfully, we were advised that they only skipped the port immediately after the unrest, but resumed within 2 weeks once things settled down and it was deemed safe.  To provide a perspective, here is where Ephesus is located relative to Istanbul:

What Ephesus is famous for are the amazingly well-preserved ancient Roman and Greek ruins.  In 2015, the Ephesus ancient city was added to the UNESCO World Heritage List.  While it was deemed safe, we still opted for a fully guided tour which included the following:
• House of the Virgin Mary: Collect holy water from the Fountain of Our Lady
• Guided Walking: View the Odeon, Fountain of Trajan, Temple of Hadrian, Library of Celsius, Grand Theater, and the Arcadian Way
• Amenities: Receive a gift set including a handmade pot, an evil eye, a map of the city, and bottled water.
• Lunch at Ephesus Park
• Shopping: Browse the shops in Kusadasi, and enjoy an optional carpet demonstration
Our cruise ship pulled into the Turkish port of Kusadasi at around 8am.
The cruise excursion organizers then assigned us to various groups according to the packages we purchased.  By 9am we were off – it was a seamless transfer from ship to bus, where we me our tour guide, Bert.  The journey from the Kusadasi port to the Ephesus site took approximately 30 minutes and the drive was quite scenic, going up winding roads up a mountain.  Our first stop was at the House of Virgin Mary, a place that the Vatican has verified as the final place where Virgin Mary lived before she died.
We then went to the main attraction, the ancient city of Ephesus. This part proved to be our favourite – visiting the ancient sites really felt like taking a step back in time.

One of the shopping areas turned out to be slightly sketchy, but I came home with some Turkish Delights!

I didn’t think to take photos of the food we had at the Ephsus Park, but it was a buffet style spread which included a selection of traditional Turkish food. I couldn’t identify any particular dishes but ingredients included eggplant, lamb, olives, and lentils.  My favourite was of course the dessert section which included delicious baklava.
It was then time for the government sponsored cultural portion of the tour – a rug making demonstration.  We were taken to a very slick showroom and shown how they double knot their handmade rugs:
Side note: there were a lot of cats around the ancient sites we visited! They were very used to having humans around and looked well-fed and clean:

Tips:
Where was I?
Ephesus, Turkey via Royal Caribbean Cruise
http://www.ephesus.us/
The specific tour we took was called “Highlights of Ephesus with Lunch”:
www.royalcaribbean.com/shoreExcursions/product/detail/view.do?sourcePage=shorexByPort&ProductCode=KD31
Cost: $129.68 CAD / person
Duration: 5 hr 30 mins
Guest post by: stashy, who is normally a beauty blogger. But I love travelling as well!
stashmatters.com
******************************************************************
The best caption is of course the ‘Genuine fake watches’ *LOL* such subtle but clear marketing! Wahahah
Stashy has recently been on a GORGEOUS mediterrean cruise tour. I have never been on any cruise 🙁 Check it out on her blog. You can stalk Stashy at: Instagram | Twitter | Facebook | Pinterest 😉
If you’re curious about my guest post on Stashy’s, click here. 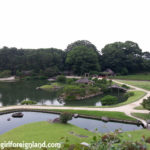 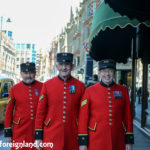