This was a seriously thrifty trip. Hubby and I stayed at a guesthouse (more like a local home). The key expense was transport LOL. Surrounded by beautiful rice paddy and various farms. So shopping / convenient store was nowhere to be seen. Just sheer natural beauty.

This was 1 hour train away from the bustling Kumamoto. Surreal how the scenery changed completely. The region was called Minami-Aso (South Aso); the precise station that we were heading to was Choyo.

Tada! Surprise, there’s no convenient store at the train station!!! We’re still in Japan. There was no bus or other public transport. Thought I was going to walk to the guesthouse LOL. We were graciously rescued by the guesthouse. The super mom (together with her young daughter) came to pick us up.

AMAZING village. We were surrounded by organic rice paddy!!

That day was the only one that meant to rain the least. So we decided to do a hike.

All the signs that followed (entire path) were in kanji only. Some of them were quite worn.

Turned out that there were WAY more spiders than anything else. We were present when this one particular spider just caught its lunch. Anyways, thank goodness, no snakes. Perhaps I was just too noisy and scared everything off haha. We spent a long time just watching these little guys doing their thing. It was fascinating to watch them.

The google map did not work here. So we had to rely on the worn out road signs. Felt a lot more adventurous than it really was.

The hike was easy, just that the weather got quite bad (like pre-typhoon bad?). So looking for a way back to civilization was sooooo important at that point. There were no other hikers that day 🙁 so my follow the other tourists method did not work out.

Volcanoes Aso was getting pretty excited that day. So definitely cannot visit the caldera either. Yey!! We found Kusasenri before it started to rain!!!

**The ‘laying down’ horse was not hurt, it was just wiggling like a child. Very cute.

And guess what else we found at Kusasenri?

Takoyaki (grilled octopus ball) and corn dog!!!! Happiness while we wait for the bus.

I don’t know exactly… we went onto a taxi and ask to go for an easy hike. We started off somewhere in Mount Okamado 御竈門山 and ended out hike in Kusasenri 烏帽子岳 to catch the bus to get back to the guesthouse. Nearest train station (non-JR) is Aso shimoda.

Only had a rough idea. This was another one of my arrive first, think later trips.

Actual hike was called: Aso Shimoda-Kusasenri walking path. Probably can finish in 2 hours if you don’t do crazy photos / insects observation stops like us?

Cannot read any kanji / Japanese? TAKE A PHOTO of the destination sign. Example:

Cross check each time you see a new sign 😉

*if you’re scared of spiders, this hike will be VERY challenging.

Where I stayed for this trip? Little Asia Guesthouse 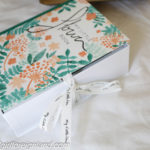 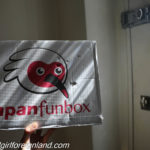