What to do when visiting Lyon? Fourvière Hill, praying hill, is a great place to start. Here are the points of interest and brief description of their respective history.

The area is famous for its slopes known as montée. So instead of taking the public transport, I walked from Vieux Lyon (old town).

The walk was 1.1km, per google it’s a 20min walk. But hey, I took lots of photos, so it turned into an 1 hour stroll. In case you’re interested in doing this too, the longest staircase route is Montée des Carmes-Déchaussées, 798 steps (technically, it’s 2 montée in one, because half way it joins up with Montée Nicolas de Lange)

Please note that it is possible to go up to Fourvière Hil with a bus or funiclar from Vieux Lyon metro station.

Here are some photos of what was spotted between the old town and up the hill. I particularly liked the golden roses path. It made me felt like a pilgrim 😛

**Click on photos to view the caption. Remember to always look back 😉

There are many paths to choose from. Beautiful view alert. Remember to look behind you 😉

Once reached the top of the hill, you’ll spot some binoculars and a bunch of selfie taking people LOL I didn’t have my wide angle lens on me, but here’s the view on a cloudy, winter’s day. My photo really does not do it justice. I think I was shivering quite a bit. Lot of my photos were off focus. It was a cold, cold day.

Basilique de Fourvière is a gorgeous sanctuary on top of the hill. It was consecrated on 16th June 1896 (building began 1872). The opulent Byzantine interior design gave this cathedral a highly unusual look. The amount of mosaic that’s going on alone makes it worthy of a visit.

The late pope, John Paul II, has visited this cathedral in 1986. During his visit, he attracted 1 million people to the streets of Lyon. To put things in perspective, Lyon has a population of 1.7m in year 2017. Can you imagine the chaos back in 1986?

There’s a church within the church. This photo was taken under the cathedral. The crypt was huge. Half the room alone housed +/-400 single chairs!

Lyon was founded in 43BC by the Romans. Lyon was France earliest Roman capital. Anyone as surprised as me? Back then Lyon was called Lugdunum. Anyways, the “ruin” is now used for an annual event called Les Nuits de Fourvière. This summer art/music festival has been around since 1946 with 100k+ people showing up for this festival.

Has anyone been? How was it? Yup, this museum is inside a hill.

This museum is next to the ruins. I did not visit this museum myself. I cannot comment on the exhibition quality. I mention this because it is next door to the ruins and it only make sense to make this part of the itinerary if you’re already heading this way. EUR 7 / adult. Please visit their official site for the most updated price and opening hours: http://www.museegalloromain.grandlyon.com/Lyon-Fourviere/Infos-pratiques

Over 2 million people visit Fourvière hill every year. It is nothing crazy like Notre Dame de Paris 13+ millions visitors per year. 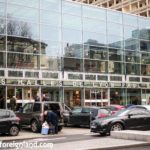 The ultimate food market in France 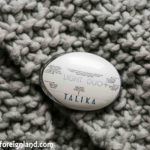