I went on a Local Guddy tour in Paris . This is definitely a Hidden Paris sort of thing. Places that I’ve literately walked pass but never thought to visit. Paris has so many hidden gems!

Local Guddy is a peer to peer website where you can find locals as your tour guide or list yourself as a tour guide. Their tours are a lot cheaper than formal tour establishments. Groups tend to be small and flexible with meeting times or visiting spots. Best part is that you can ask for a customised tour.

Let’s talk about the tour that I took – Les Passages. When I first came across this tour, I was like, what the hell are passages? The way that I understand it now is that passages are very narrow streets with a glass roof and loads of stores. They’re a big deal back in the 19th century because it’s trendy and they had artificial lights. Passages were the main dating spots too.

Candles were out and artificial lighting was in. Kind of funny, because these days it is the other way round? Did you know that it was because Paris was the first to have gas light passage and hence “City of Light”? That was in Passage Panoroma in 1817.

Like everything else, passages later went out of fashion; or just severely sabotaged by Haussmann’s movement. There were around 200 of these in Paris, but now only a handful has survived. Thanks to famous designers such as Kenzo and Gaultier opened stores in passages, some got revived.

Frankly, after we walked 12000 steps in 2 hours and went through 6 passages? I was so overloaded with information, I was beside myself. How about watching my 30seconds video to go through them all?

My guide was Lucien. He’s a ex-teacher who’s really into history. He’s the most soft spoken tour guide that I’ve met LOL Not inaudible, but he’s not loud like many who can be heard down the boulevard if you know what I mean. He’s super knowledgeable and told all sort of juicy stories about Paris. TMI Paris wahaha Well, at the end of the day, I don’t think I can remember it all, but the places that we visited were really beautiful. Let my photos speak for themselves?

Wear flat shoes. We walked 12,000 steps in the 2 hour tour. Many streets were not the completely smooth type if that make sense?

What tour was it?

This was a complimentary tour from Local Guddy. This is a voluntary post and is not sponsored. I have no affiliation with Local Guddy. 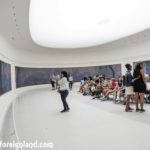 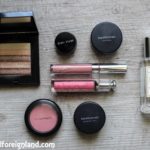