The weather was not working with me that day, but it did not diminish this beauty. Kairakuen is one of the official top 3 gardens of Japan. What criteria do they use to derive this? I do not know 😛 It is an official title though, Kairakuen is one of the Three Great Gardens of Japan (日本三名園 Nihon Sanmeien). The other 2 are Korakuen of Okayama and Kenrokuen of Kanazawa.

Kairakuen had been around since 1842 by Tokugawa Nariaki. It was opened to the public, which was something quite unusual back in the days. Key feature of this park to me was its CRAZY plum tree forest (3000+ trees and 100 types), bamboo forest and Japanese key chess ground. The park was THE ultimate plum tree blossom spot in all of Japan. Plum blossom season in this region was mid February to late March. Keep taps on the weather report 😉

Now back to my story about not lucky with the weather. I had the full backpack on me when this happened. I arrived at Ibaraki airport and decided to do this pack on the SPOT! Straight out of the airport and took a bus to see this beauty.

Soon after having a lovely bentou lunch by Senba lake, the rain went POURING. Like intense shower style? You know, like a fab high pressure shower? Ran for it to the bus stop. There was a roof!!! Dripping wet and started to feel cold. After 30min of feeling despair… a bus arrived. This was the turning point in my life where I would only use waterproof phones from that point forward… I was very fortunate to have even recovered these few photos that I took sigh

I do not own the feature photo. The featured (title photo not marked with my site name) is from the park’s official site: http://www.koen.pref.ibaraki.jp/foreign_language/en/ 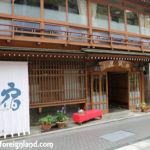 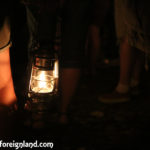