This was a REAL hotel, this was not a hostel. I really did only pay JPY2970 (+/-USD30) for 3 nights. This was one  of my proudest travel bargain moment.This hotel did these wedding anniversary specials i.e. guests maybe asked to produce certification of their marriage to claim this special. Funny though, not both partners needed to be present to claim the special LOL so much for an anniversary celebration, they only wanted the certificate. For the record, I did not leave my spouse behind. The hotel also ran an elderly special and other oddly named promotions.

It was a Japanese business hotel. So why would I have anything to write about, right? Well, I only write about love / hate. Guess where this one is going? 😛

The room was rather large for a Japanese hotel. Our room had 2 semi-double beds. Bare in mind that I paid less than JPY1000 (+/- USD10) per night and that the room actually had 2 beds, this was impressive. The weird furniture arrangement was a bit awkward and the hotel in general looked a tad old. We’ll be out most of the day anyways. There’s kettle, tea, TV, bathtube, towel, soap… the normal Japanese works.

After our bizarre starvation hike,  we were too happy to be back in our hotel room. We thought we had our rough time for the day, we could not be more wrong. Very soon after I laid down, I realised that the bed sank, literately. As in the 43kg me, lay down and I sank into the core of the bed? I was the first to crawl into bed. My hubby was still enjoying his bath when I bursted into a hysterical laugh. We hiked and walked around the whole day, this was really not what we need. For a moment, I honestly contemplated switching hotel and forfeit my USD10 a nights bargain. We suffered through in the spirit of celebrating our anniversary… for better and for worse.

The breakfast was not actually inside the same hotel building. We decided to try out the neighbours / local udon stores instead. That street was FULL of these little udon stores. Hey, this was Kagawa, the Udon prefecture of Japan. I must say, the location was unbeatable. We’re 1min walk from the Takamatsu train station, it was across the road!

Besides the sunken bed and insane pain on our backs, the 3 nights at Hotel Pearl Takamatsu was unforgettablee. This bargain was still way too good to slide. We spent the balance of our budget for day trips to the onsen hotels, excellent food, traditional udon making class and castle / garden visits. So at the end, it was a fab trip. 😀

How did I find this deal?

I found this amazing deal on rakuten.com, a Japanese travel all in one website. I’ve also mentioned them in my travel for less post.

Please note that some of the specials are only listed in Japanese. Rakuten has improved their website to be more multi-lingual lately. So who knows, you may get lucky using their English / Chinese / Korean / Thai site 😉

Their regular rate for single started at: 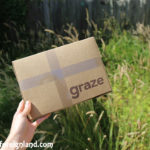 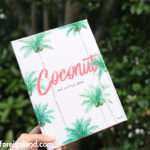