As usual, I did not plan this at all. It was the earliest available ferry.

Outlying island of Hong Kong, it had the old school charm of a fishing port. Smells a little bit fishy, but hey, chilled and lovely. Nice change from the main island.

Wandering aimlessly does have its merit. I came across this old temple. This Taoist temple was called Pak Tai 北帝廟 or Yuk Hui 玉虛宮. I had no idea why it had 2 names. Identity crisis happened to temples too, I guess.

Pak Tai temple was originally built in 1783. It was believe that the deity, Pak Tai (Taoist sea god) helped to stop a plague outbreak. Hence the residents built this temple to worship the deity. There were other spun to the story as well. No matter what the true story was, I was quite glad that they built this. Pak Tai is currently listed as a grade 1 historic building in Hong Kong.

No photography inside the temple was allowed. This was a practising religious temple.

*Other temples on the island: Tin Hau 天后

They were preparing a festival of sort. The local young men are supposed to climb to and get to a bun (?!?). I was sure that it would be quite spectacular to watch. It was such a pity that I missed the actual event 🙁

Moving along the pathways, I got to a beach. There was almost no body. SUCH a lovely sight!! The sand wasn’t white or super fine, but for a deprived person working in Shanghai at the time, this was all that I needed. The life guards were real eye candies 😉 ♥

Continue walking along the beach will lead to a place called ‘Cheung Po Tsai’, allegedly a treasure hide out for a 19th century pirate. There were lots of excited kids, so I gave it a miss.

Walked around some more and found lots of souvenir stores. The star item must a bun (?!?). It comes in all sort of merchandises – magnet, pencil sharpener, pens, stuff toy, edible bun, key rings etc. Tons of seafood stalls as well of course.

After series of stuffing my face, it was time to return to the main island.

Cheung Chau – fabulous for an instantaneous, inexpensive weekend get away from concrete jungle of HK. 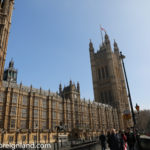 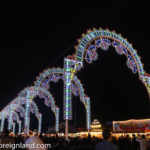