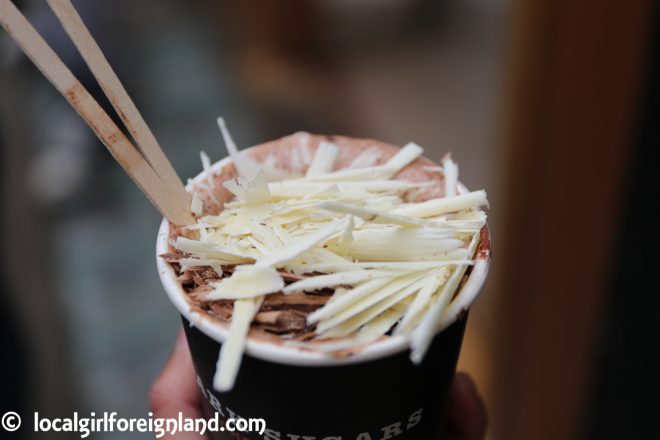 The 4 canapies – these are mini pies; munched up in 4 bites 😀 Perfect for food tours. My sweet friend from Sweden 😀 For her privacy, I’ve hide her face. You know who you are xox He has multiple stomachs…