Shurijo site is 1 of a 9 parts UNESCO site (Gusuku) in Okinawa. A rather unusual arrangement really, these 9 sites are scattered all over the prefecture and isn’t all next to each other. The other 8 are:

To me, the most important part is the stamp rally 🙂 Love Japan for that. The full rally takes 2 hours to complete. Quite a walk actually, uphill and stuff. I am dedicated, I collect all the stamps. (proud) The short course is 30min.

Shurijo is unique compare to the rest of Japan, vivid contrast to Nara/Kyoto. The design and colour is way brighter for one. Not so zen. Lot of dragons (Ryu) can be found in the roof and inside the building. Dragon is the sign of an emperor. This is high contrast to the chrysanthemum, which is the Japanese imperial symbol. Well, Nara kicked started the dragon thing back in AD 710, but the high time for cross culture was more of AD 1600 Tang dynasty period. So this whole dragon thing probably only picked up later. From my perspective, this place feels like a cross over between China and Japan, plus Hawaiian… have you ever received a Japanese initiated hug before?

The original foundations was built in the 14th century, still under academic debate, burnt down several times by all sort of people (Satsuma/Kagoshima, Japan and USA etc). This beauty started restoration in 1992.

Everyone one is dressed in Ryuku style here, this includes the guards and cleaning lady. The washroom sinks are theme up too (photo above). Love it that Japanese takes tourism so seriously.

Mono rail / bus – the stop is called Shuri  *impossible to miss, too many road signs pointing to this place

Admission: Adult JPY820, under 6 is free, anyone in between is JPY320 – to be safe, check the official site for reference.

Get there early in the morning. The crowds is intense by 11h00.

Photo: the indestructible Canon compact IXUS… (I dropped it from the roller coaster and it somehow survived) 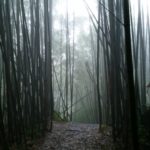 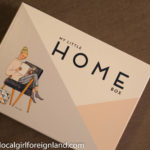